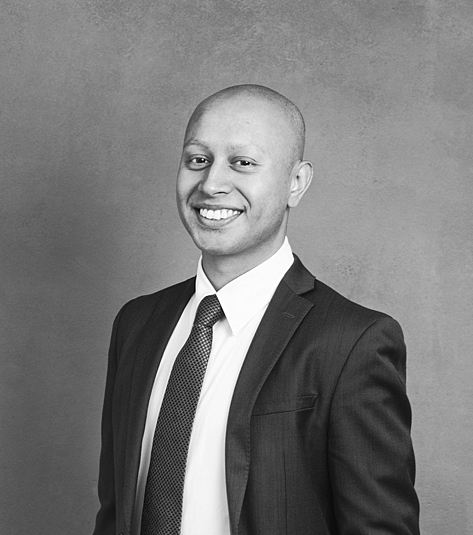 Short bio: Aarif graduated from the University of Oxford in Politics, Philosophy and Economics BA (MA) and the University of Bologna/Sarajevo where he obtained a Master's degree in Human Rights with a specialism in public international and constitutional law. Aarif has a demonstrated history of working in courts (domestic and international), non-governmental organisations and international organisations (including the UNICTY, ECtHR, and the UK Court of Appeal). In the past four years, he has advised extensively, and assisted, on setting up Tribunals and Inquiries including acting as a principal Legal Advisor to Panels. The most recent of these was his work with the Uyghur Tribunal and the Special Tribunal for the Crime of Aggression against Ukraine. He is the founder of Accountability Unit, an NGO which advances the rights of individuals/groups in conflict settings and also the Yazidi Justice Committee. Aarif is recognised as a leading barrister in international law in Chambers and Partners (2021). He is the author of ‘A Constitution of the People and How to Achieve It: What Bosnia and Britain Can Learn from Each Other’ (Columbia University Press, Ibidem Press, Jun 2021).

Justice is a very broad concept; jurists and philosophers have grappled with it for many thousands of years, and I would hesitate to offer a comprehensive exposition in this interview. Justice, though, for me in a broad sense is about achieving fairness, equality and non-discrimination in a political community, doing right by those in your community (which could be individual, local, national and international) and holding to account those who perpetrate harm on others so redress might be found for victims.

The law is sometimes confused with justice; at best it is an approximation of justice. Societies can work towards getting closer to achieving a conceptual or ideal form of justice and sometimes they can veer far off course. The law can be instrumentalized, in that vein, for the pursuit of grave injustices; dehumanizing groups of people to destroy them, perpetuating systemic inequality or discrimination, unnecessarily criminalizing conduct or curtailing basic liberties. But the law can also be changed and developed in aid of human rights and challenging the unchecked power of a state. In order to get to closer approximations of justice, we need more inclusive, participatory and deliberative forms of democratic institutions so that laws reflect the society and democratic will of the people which they purport to apply to.

2. What is the most prevalent form of injustice today?

This is not an easy question because injustice can manifest itself at all levels of society from relations between individuals all the way to the nation state and also between states at an international level. For those who are the subjected to injustice this matters greatly even if that manifestation of injustice is unique to them.

At an individual level, injustice can be very real and unfortunately many of us have been in close proximity to many forms of injustice that are acute and widespread, from domestic violence to being the victims of the criminal conduct of others. At a national level, a sadly increasing trend both in democratic and authoritarian polities, is the curtailing of civil and political rights. All around the world laws, rules and norms around rights of the individual are being challenged – what we thought were long held or even sacrosanct rights, such as the prohibition of torture and right to a free trial or freedom of assembly or expression are now being taken for granted. At an international level, the breakdown of the rule of law and rules-based order will be the greatest challenge of our time where egregious violations of the rule of law – aggression, genocide, crimes against humanity – continue to be permitted and redress remains elusive. As genuine democracies become a rarer form of government, the situation for individuals and groups will sadly only become worse unless we begin to implement the rights we already have and fight to keep them on statue books.

3.  In a recent article you authored for The Times you made the case for “A Special Tribunal to Bring Putin to Justice”.  Can you inform us how you envision this Special Tribunal to be created? How would it differ from UN ICTY and other previous tribunals, to raise its effectiveness?

The work towards a Special Tribunal, originally articulated by Prof Philippe Sands QC, concerns the creation of an ad hoc body to deal with alleged crimes of aggression committed by senior leaders in Russia (and possibly Belarus) against the sovereign State of Ukraine. Such a tribunal, in the absence of a mandate from the UNSC, would be set up upon request from the Ukrainian Government with either a coalition of willing States, upon recommendation from the UN General Assembly, the Council of Europe, or the European Union. The Ukrainian Government has expressed a strong commitment to creating a Special Tribunal. Ukrainian law and general international law proscribes the crime of aggression (as does Russian and Belarusian law). Deriving jurisdiction from Ukraine, a Special Tribunal would be an international body (not unlike the UN ICTY) but its authority would be derived from a body other than the UNSC. Its mandate would only be to try individuals for the crime of aggression (as opposed to other international crimes which are dealt with currently by Ukraine, the ICC or other States under universal jurisdiction). The ICC does not have jurisdiction to try the crime of aggression as committed in Ukraine and a UNSC resolution referring the matter to the ICC is unlikely given the Russian veto. The only way therefore for individuals committing the crime of aggression to be tried is through a Special Tribunal.

As such, the Special Tribunal will be unique in that it would be the first international body, if created, trying such a crime since the bodies which tried high officials for that crime following the Second World War. The Special Tribunal can avoid some of the other pitfalls of previous Tribunals, in terms of cost effectiveness, timeliness in decision making and procedural difficulties by evaluating previous experiences and implementing best practices. I have written and talked about this, as have others leading academics and practitioners, elsewhere for those that are interested in the work towards the Special Tribunal.

4. Why cannot international law effectively prevent gross human rights violations and what would be needed for this to become a possibility?

There are already significant international laws (and corresponding obligations on States) relating to prevention for violations of peremptory norms of international law such as genocide or torture. Such laws can be strengthened and even expanded upon. But a key and persistent problem allowing for pernicious breaches of obligations is that political expediency trumps the application and enforcement of binding legal obligations. That is a failure on the part of States. It is less about international law preventing such breaches and more about the unwillingness of States (and principally the executive branches of government) to enforce international law in the face of what they consider to be in their national self-interest. States need to realize that it is almost always in the national self-interest to prevent the commission of egregious violations of international law such as genocide – this is not just because of the disastrous consequence on the protected group of such crimes (and the dire loss to humanity of culture, history and distinct peoples) but the long-term cost and consequences of such harm to the human community and of allowing perpetrators to escape accountability and justice. Such permissiveness at any level will come back to bite States in the long-run. In the face of egregious violations of international law, the time for action is always now – we have sufficient risk frameworks to see egregious violations coming and preventative actions using the full arsenal of state power is possible, is lawful and is absolutely necessary.

5. From the perspective of a legal analysis, how can the Dayton Peace Agreement be improved to ensure higher functionality for the country, according to you?

I have devoted an entire book to this issue, “A Constitution of the People and How to Achieve It” published by Columbia University and Ibidem Press, 2021. I would, of course, encourage anyone interested in this issue to read it as it compares the process of constitutional creation / reform in Britain and Bosnia and explores what both countries may learn from each other’s, very different, constitutional models. But essentially the nub of this matter is that we need an inclusive, participatory, and deliberative constitutional settlement for Bosnia. That cannot come from more of the same exclusive-ethno nationalist elite bargaining without the involvement, and say, of the vast majority of the Bosnian population. Local grass-roots movements and networks need to be encouraged, supported, and empowered to become involved in a future constitutional settlement to allow an inclusive departure from Dayton without jeopardizing the tentative peace achieved there. Those who helped craft Dayton internationally can aid in the process towards reform but need not lead in terms of the content of a future Bosnian constitution; rather harnessing the democratic political culture of the vast majority of the population of Bosnia and particularly its youth can be the critical key to long term peace. I propose a suggested model to allow for the creation of a constitutional assembly to allow the formulation of a new constitution without making this conditional on an immediate departure from Dayton (and certainly not a departure that is non-consensual).