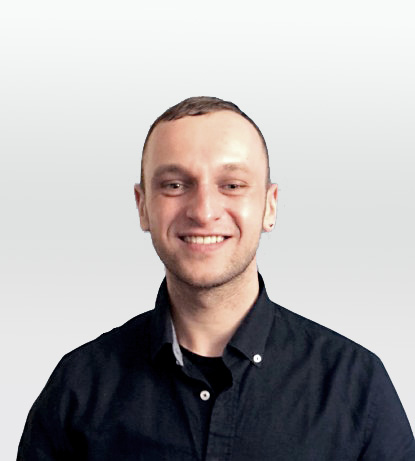 Srgjan Vidoeski (ERMA 2019/20) is an independent researcher in the areas of environmental and energy governance. He specializes in energy policies, citizen energy, energy justice, and RES project development and management. Currently, Srgjan is finalizing his MS degree in Wind Power, at the Uppsala University in Sweden, and works on a research project by the DBU (German Federal Environmental Foundation), focused on the citizen energy potential of the Western Balkans.

Energy justice is when a society manages to provide uninterrupted access to energy for everyone. Primarily, this would mean affordable or completely free electricity and heating during winter months. In some regions of the world where the summers can be unbearably hot, access to air-conditioning during summer months is mentioned in the energy justice context.

Furthermore, understanding the importance of energy justice is tied to understanding and recognizing energy poverty and the vulnerable energy consumers. The whole idea of energy justice originates from the need of a framework, the need for a vision, a perfect state of existence that might never be achieved but one that we as a society should aim towards. All in order to secure any current and future energy needs of the general population, and especially those living in energy poverty.

And why should energy justice be a hot topic? Human rights are the answer. According to the Universal Declaration of Human Rights and its article 25, everyone has the right to a standard of living adequate for the health and the well-being of themself and their family. And in the world we live in today, achieving such standard is impossible without access to energy. Additionally, today the right to education, the sense of belonging to a community, connectivity, working conditions, freedom of speech, political activism, they are all connected to having uninterrupted access to energy.

Initially, we would talk about the energy poor as the target marginalized group benefiting the most from energy democracy, and how the prospect of producing their own electricity or being a member of an energy cooperative would bring them cheap electricity and heating, or even profit. But who is energy poor? First of all, the people living in income poverty are often part of the energy poor as well. The income poor often live in substandard housing or have no means to pay for their bills or to provide proper insulation to ensure energy efficiency.

Nevertheless, the energy poverty stretches over to other marginalized groups: women suffering domestic violence can be left without adequate housing after escaping, working single parents struggling to provide proper heating, students living away from their families, elderly persons with small pensions, migrants, farmers living in income poor regions, LGBT+ youth facing discrimination at home, newly divorced individuals moving out of their former family’s home and unable to both cover alimony and have proper housing or heating, and many more.

Therefore, understanding how vertical the energy poverty can be, cutting through different layers and different groups of society – including many other “traditionally recognized” marginalized communities within the energy poor – then is easy to understand why energy democracy matters for empowerment. This would mean taking matters into own hands, taking care of the most pressing energy and energy efficiency needs, and securing electricity and proper housing.

Once these needs are met, the marginalized community of women can then freely work on improving their status in the society for example, and even making profit if they become prosumers as a result of energy democracy (producers + consumers of energy). Or, the single or divorced parents, they can then focus on their well-being and their children, students can focus on their education, and many others can focus on the fight for their rights. With this analogy, then we now understand what energy democracy does and why it matters. Simply because it empowers by removing one big burden from any marginalized community, by improving living and working conditions.

The energy crisis impacts tremendously the populations living under the poverty line. First of all, many of the income poor are already living in energy poverty. Thus, with the energy crisis we can only witness worsening of their living conditions, increase of their health problems, and lack of mobility due to the gas prices that impacts their ability to commute for work. Secondly, the part of the populations living under the poverty line in the Western Balkans with their own housing, even if its energy efficient, due to the energy crisis and increase of the utility bills, are in a bigger then ever risk of falling into energy poverty as well. Overall, as a general consequence of the energy crisis, the poor population in the Western Balkan countries can entirely and easily become energy poor as well. This would mean worsened health and well-being that can impact the entire population, as well as huge costs for the countries’ budgets on a long run if proper protective measures are not being adopted soon enough.

With the right policies, right frameworks, strategies, and most importantly, the right people in the right decision-making positions, a transition to clean energy in the Balkans is easily achievable. If we follow closely the changes made in recent years in the energy sectors of the Balkan countries, we see that the energy transition is already well on its way. The countries are turning towards using the energy of the sun and the wind much more than ever, replacing the traditional carbon-based energy sources with new production capacities based on renewable energy.

New national energy strategies have been adopted that place the accent on a clean energy transition, democratization of the electricity markets, unbundling state-owned utilities, and opening pathways for creation of citizen energy projects and energy cooperative. The countries in our region are rich with resources for a clean energy transition, and the work left to be completed is mostly tied to the legal framework, procedures, and most importantly education and awareness of the people. The future looks promising.