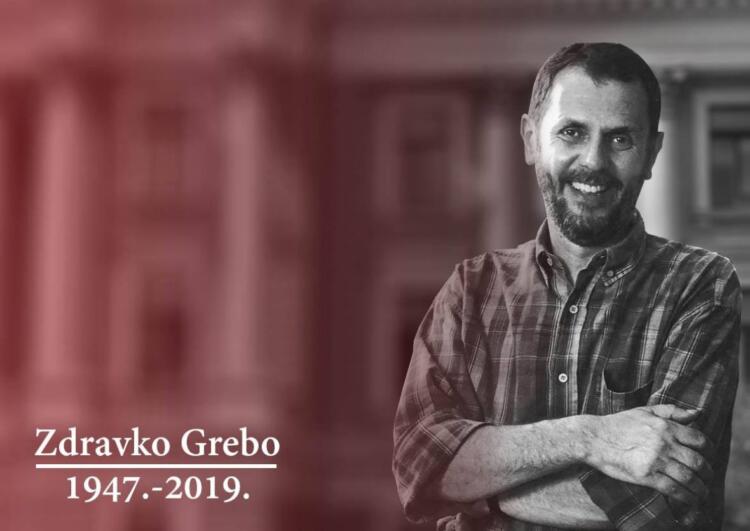 Zdravko Grebo (30 July 1947 – 29 January 2019) was a Bosnian law professor at the University of Sarajevo’s Law School. He was born in 1947 in Mostar. Professor Grebo was the founder of Open Society Foundation of Bosnia and Herzegovina (Soros Foundation) as well as the director of the Center for Interdisciplinary Postgraduate Studies of the University of Sarajevo. He also served as the chief of the Department of the State and International Public Law.

In addition to these, he was the founder of the Helsinki Parliament of Citizens (Bosnia & Herzegovina) as well as author of four books and 150 articles. In 1993, Professor Grebo received an award from the European Rectors Club “For peace, and against racism and xenophobia”, and in 1994 he was honored with The Franklin Four Freedoms Award-medal for work in the field of “freedom from fear”. In 2017, he signed the Declaration on the Common Language of the Croats, Serbs, Bosniaks and Montenegrins.

Professor Grebo graduated from the Sarajevo Law School in 1970 and attended the postgraduate course at the Department of Legal Theory of the Belgrade Law School where he earned his PhDin 1976. From 1972, he lectured at the Sarajevo Law School and became a professor in January 1991. Professor Grebo published and edited books “Kelsen and Marx,” “Foundations of Legal System of Socialist Federal Republic of Yugoslavia,” and “The Philosophy of Law.”