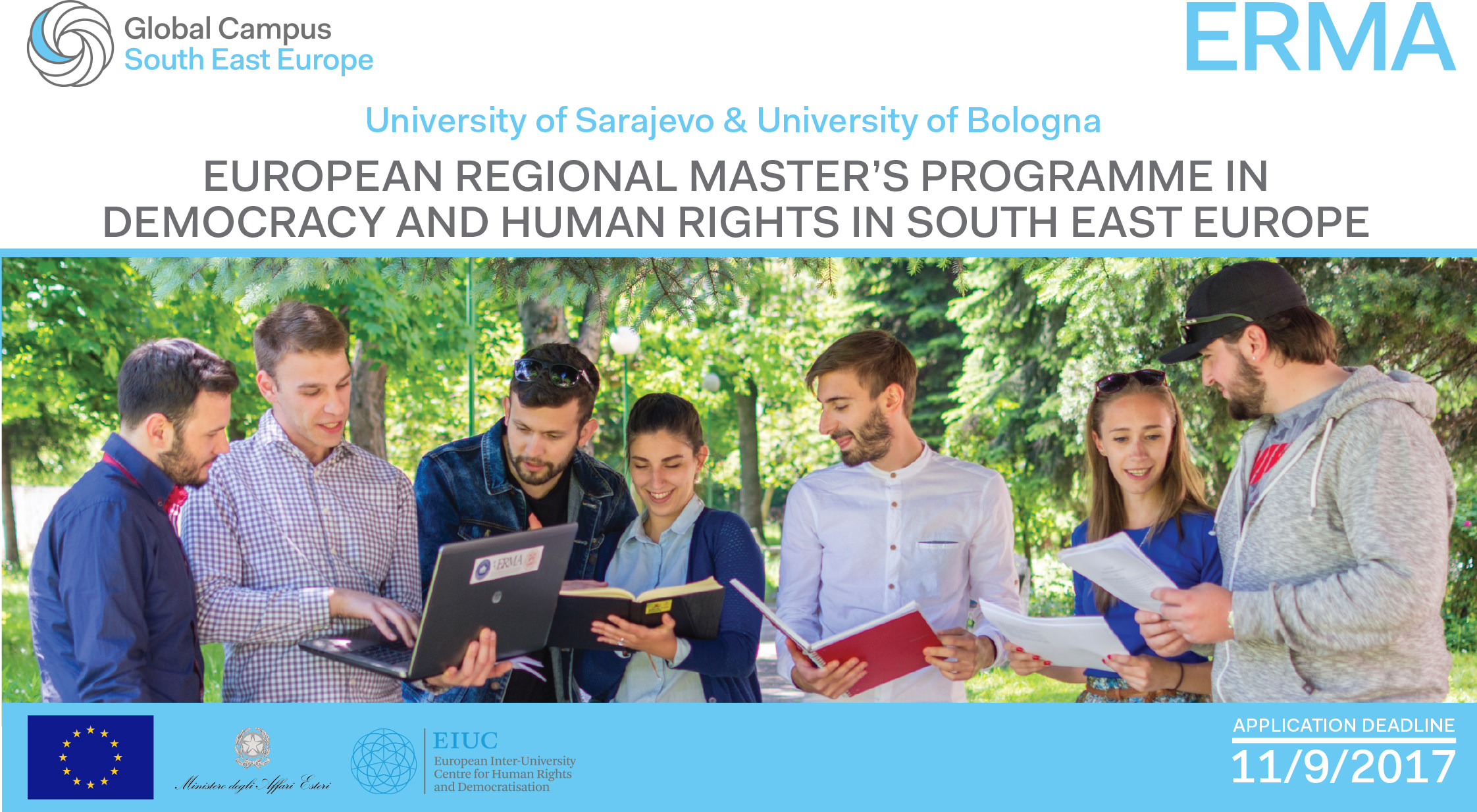 The University of Sarajevo and the University of Bologna are glad to open the Call for applications for the 17th edition of the European Regional Master’s Programme in Democracy and Human Rights in South East Europe (ERMA).

ERMA is an academic educational activity intended for students who wish to combine studies with practical  and  field  research  experience  in  human  rights  and  democratization  issues.  Recognizing that human rights are a crosscutting theme among different disciplines of study, such as political science, social sciences, law, sociology and philosophy, ERMA fosters strong interdisciplinary approach. Enrolled students have the benefit of studying in a highly international environment together with colleagues from all over the region, European Union and rest of the world, attending lectures and workshops held by over 40 professors from 11 partner universities.

It is a joint initiative by the University of Sarajevo, Center for Interdisciplinary Studies (CIS) and the University of Bologna, Institute for Central Eastern and Balkan Europe (IECOB). ERMA is co-financed by the European Union through the EIUC (European Inter-University Centre for Human Rights and Democratization) and the Ministry of Foreign Affairs of Italy via the Embassy of the Republic of Italy to Bosnia and Herzegovina. It is implemented in Sarajevo and Bologna, thus students receive diplomas from both universities (UNSA and UNIBO). The programme is awarding 60 ECTS.

All interested in studying human rights and democracy in SEE in a dynamic and international educational setting are hereby invited to apply. All applications must be received no later than the 14th of September 2017.